It’s time to Rock Out! The fog has lifted from a few years of Covid restrictions to bringeth the creation of Rock Out, all recorded in the home studio of Andrew Stockdale and Bangalow Plaza Studios. It’s a homage of some of the greatest front men’s antics such as Stanley, Roth, Ozzy and various others into a splendid fusion of styles as Stockdale brings forth the riff age and power with a swing that can’t be quantised. The perfection of imperfectionisripe.Thetimeisnownowisthefirstonepleaseenjoyhttps://distrokid.com/hyperfollow/wolfmother/rock-out-2 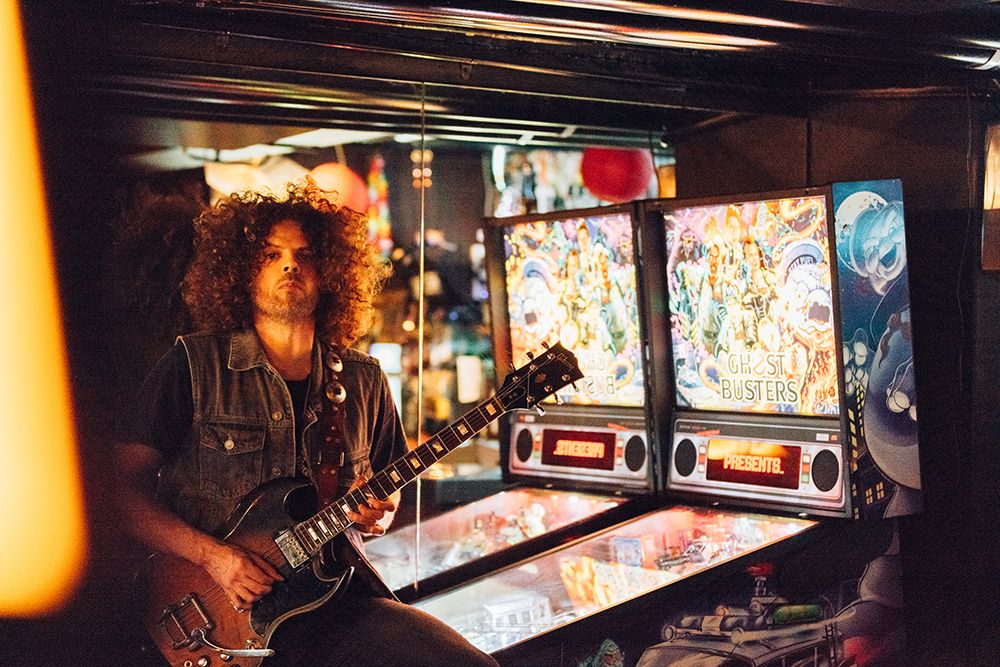 Wolfmother announces four shows in major cities to celebrate a return to live music and also the brink of a new album. Tickets are on sale Monday 3rd May at 12pm.

Here's a little update on all things Wolfmother. As you may or may not know we have a few new shows to announce. We will be supporting Kiss on the following dates. We're all Kiss fans or at least I am your humble narrator Andrew Stockdale and consider this a great honour to play with these guys before they call it a day. I personally don't agree with the concept of retiring from Rock'n'Roll I think mortality is the only definitive reason not to play and you should continue for as long as humanly possible, though each to their own.

Secondly, I've been working on songs over the last year or so through the pandemic. I'm up to about 10-15 songs at least. It's now time to bring in the band and flesh out the songs. There's something quit revealing about playing a record live with a band, you get a shot of truth serum and you really see what works and what doesn't. Incase you were unaware of the writing and recording process of Wolfmother to date. Generally I demo a few songs then play them live with the band for about 2 weeks then we hit the studio with a producer and track the record.

Thanks for your interest, stay tuned for more updates.

Rock'n'Roll Baby was written throughout 2019 and released before the end of that year. About the lead single, Rock'n'Roll Survivor, Stockdale muses, "I guess this is an ode to all rockers young and old who play around the world in little dive bars, clubs, theatres, arenas, stadiums or on the street. It’s like the world always seems to put a question mark next to the genre so to speak, though it does by default seem to stand the test of time.

Slipstream is the upcoming second solo album by Australian hard rock musician and Wolfmother frontman Andrew Stockdale. It is the follow-up to Stockdale's 2013 solo effort Keep Moving and is his first release since Wolfmother's 2016 release Victorious.

Victorious is the fourth studio album by Australian hard rock band Wolfmother. It was recorded at Henson Recording Studios.

New Crown is the third studio album produced by Wolfmother. It was recorded in Los Angeles and Byron Bay.

The upcoming "Primus: A Tribute To Kings" tour has been rescheduled.  Please hold onto your tickets as they will be valid for the new dates.  A majority of the shows will offer refunds when the new dates are announced or after 60 days if it takes extra time to find new dates.  Please reach out to your original point of purchase with questions regarding refund policies and any other ticket inquiries.  Thank you for your understanding and support during this unprecedented time.

Rock fans on a whole, rejoice. 2022 brings in a new summertime festival just in time for our lockdown shackles to be removed and for us to rediscover the simple joys of live music and community.

Uncaged (Presented by Silverback Touring) is the newest rock festival on the Australian festival circuit and packs a punch of musical diversity catering to fans of hard rock, alternative, pop punk, prog, metal and everything in between.

The first line up offering features heavyweights, Wolfmother, who headline Uncaged after spending the majority of their career touring and selling out theatres, stadiums and festivals the world over. Uncaged marks the bands return to Australian festival stages following their last major Australian tour in late 2019 and early 2020.

They will be joined by a plethora and who's who of the Australian rock scene, including Magic Dirt, Kingswood, The Getaway Plan, The Superjesus, Tumbleweed, Bodyjar, End Of Fashion, The Hard Ons, The Meanies and Twelve Foot Ninja.

On the festival, Silverback Touring’s Danny Bazzi says, “We are all so excited to break free from lockdowns and the pressures of the last two years. Now is the time to get out and enjoy live music in a festival setting with some legends of Australian music and a whole bunch of amazing up and comers. No matter what your flavour, there is something here for everyone to enjoy and to discover, all with some big festival vibes. This is the rock festival for rock fans, by rock fans” .

Get tickets
View on Google Maps
May23

Get tickets
View on Google Maps
May24

Get tickets
View on Google Maps
May26

Get tickets
View on Google Maps
May28

Get tickets
View on Google Maps
May29

Get tickets
View on Google Maps
May31